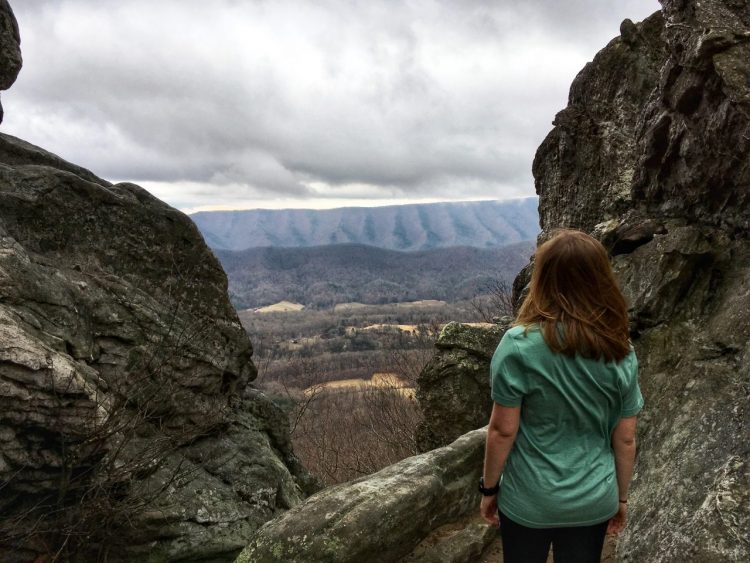 In light of International Women’s Month, I’ve been thinking about womanhood and the complexities of feminism. I can’t fully say I’m a feminist by today’s popular definition. I can’t entirely dismiss their cause either. In the evangelical world, we are quick to be repulsed by feminism. But perhaps we should re-examine and re-define feminism through a biblical lens instead of rejecting it altogether.

Feminism has championed many good and true causes. Women once did not have the right to vote. Women once did not have the opportunity to receive a college education. Women writers once had to publish under male aliases. Women once were not permitted to speak while at church. Women once were not allowed to participate in marathons. Historically, there have been some unjust and downright ridiculous attitudes towards women. I think we often forget the roots of feminism. Thank goodness for brave women who knew their worth and fought for justice.

You see, I stand for the sanctity of human life from conception and God’s design for marriage solely between a man and a woman. I consider myself a complementation, meaning that men and women both equally bear the image of God but in distinct ways. I believe in biblically defined gender roles. I don’t think my body is my own; I think it is a temple, a living and holy sacrifice to serve and honor the Lord with. I love and respect people who may disagree with me on these points, but I see the above beliefs to be in line with Scripture, and I would love to tell you more about why I believe the Bible supports my convictions. I also don’t think these beliefs makes me any less of a woman.

I am independent and capable. I am pursuing a college education, and I am passionate about stretching my mind. I hope to find a career where I can publish my writing, wear blazers and heels to work, and make a decent (equal) salary. I serve in my church and in my community. I have ran five half marathons and logged thousands of miles over the past few years, pushing my body to be healthy and strong. I vote, and I believe my voice matters. These things would not be possible without historical feminist figures who paved the way for me.

I have hopes to be a wife and a mother one day too. I have a knack for making whatever space I’m in feel like home. I flip through cookbooks and try new recipes. Sometimes I like wearing red lipstick and curling my hair. Personally, I am not ashamed of these things. I am proud to be a woman. Though, I think that womanhood is much deeper than lipstick and hobbies, and we can each live out our calling as godly women in distinctly beautiful ways.

I am different than men. My body is different. My mind is different. I think I even have different but equally important roles than men in the home and in the church. I respect and celebrate our differences, and I rely on my father, brothers, elders, male friends, and my boyfriend to offer me different strengths and different perspectives in my life. But I don’t think these are signs of weakness.

Here I reach my point. I am a Christian. I am a woman. I am created in the image of God and uniquely equipped to serve him. I hold conservative, biblical values. I believe in celebrating and fighting for biblical womanhood. And I don’t want to be a part of the evangelical silence about womanhood anymore.

Frankly, feminism is welcoming some critical conversations that the Church is widely not engaging in. Disrespect and injustice towards women is rampant in our world and even in our churches. Women are being sold into sex trafficking. Globally, many women still don’t have the opportunity to receive an education. Many women don’t have access to feminine hygiene products. Domestic violence against women and rape culture are epidemics. And the #MeToo movement has affected the church too as women in the church have shared their own stories of sexual abuse. Sadly, recent news stories show that a few prominent Christian leaders have have been forced to step away from their ministries due to objectifying, disrespecting, and even abusing women. Why are we as evangelicals not talking about these problems more?

When we turn to the Bible, Jesus elevated women. One of the major reasons Jesus’ resurrection is considered an accurate historical account is because the Bible records women as witnesses of the resurrected Jesus. In that era, women were not considered to be reliable witnesses. Or consider the stories of the bleeding woman and the Samaritan woman at the well. Jesus spoke to women. He heard their stories. He healed them. He trusted them. He sent them to proclaim the Gospel. This was counter-cultural in an era when women were treated as less than human.

Look at Proverbs 31. The biblical woman is portrayed as hard-working, diligent, strong, respectable, and dignified. Her role of caring for her household and supporting her husband and children is celebrated. She works, making profit. She has influence. She and her husband work together. She is not inferior but just unique.

Proverbs 3:27-28 says, “Speak up for those who cannot speak for themselves, for the rights of all who are destitute. Speak up and judge fairly; defend the rights of the poor and needy.”

Church, this is our mission. This isn’t about social justice. It is about biblical justice. Our aim is not to promote individualism, but to to give women the opportunity to fully carry out their mission to glorify, worship, and serve the Lord. All people deserve the freedom to fully live out their identity as beloved children and image-bearers of God. We must seek justice for our sisters in Christ worldwide. We cannot be silent about these matters.

I am not trying to make a political statement. Rather, my hope and my prayer is to start a scripturally-based conversation about living as a young, 21st-century, Christian woman. This conversation about the intersection of womanhood and living as a follower of Christ is one I have had with friends in dorm rooms, in cars, in classrooms and at cafeteria tables. I see a generation of Christian women who are faithfully navigating what it means to honor the Lord as a woman, a friend, a daughter, a sister, a student, a professional, a girlfriend, a wife, and a mother.

As I continue to ponder and study this vast topic of biblical womanhood, I plan to continue writing and sharing. And I would love to hear your thoughts and questions too.

Some of my favorite resources about biblical womanhood: